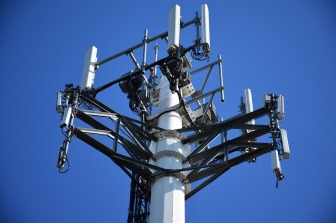 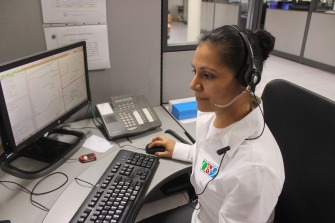 Many government wireless users operate in both the Public Safety and the Business/Industrial spectrum.

GWTCA has expertise in both areas of spectrum to augment the advocacy of trade associations that focus on one particular spectrum segment i.e. Public Safety or Business/Industrial.

Many Frequency Coordinators don’t advocate for their constituencies as they did in the past. Some have eliminated their spectrum management committees.

GWTCA conducts extensive advocacy before the FCC with technical expertise on the wireless issues important to this group of users, balancing the needs of both the Public Safety and Business/Industrial spectrum.

GWTCA supports the continued use of the 5.9 GHz Band for Dedicated Short Range Communications (DSRC).

GWTCA is concerned with the potential for interference to mission critical microwave systems if the FCC permits unlicensed devices in the 6 GHz Band.

GWTCA advocates on the importance of 4.9 GHz spectrum for the public safety community, cautions on sharing with unlicensed services:

GWTCA is concerned that the FCC’s long lasting freeze in the 470-512 MHz “T-Band” is seriously hurting public safety and business/industrial incumbents:

One of GWTCA’s greatest crusades is radio interference to public safety operations.

On November 6, 2017, GWTCA’s counsel participated in the FCC’s Public Forum on 800 MHz Spectrum Sharing.  Here’s the video of the event.

GWTCA has taken the interference fight to other proceedings, too:

GWTCA wants to make more spectrum available for government wireless workers, and to ensure that the FCC’s rules do not unfairly inhibit their operations:

GWTCA Filing in FCC Docket No. 16-240 – Amendments to Harmonize and Streamline Part 20

GWTCA is pleased that the FCC elected not to create an incumbent preference for the 800 MHz frequencies returned by Sprint/Nextel, and will shortly begin licensing those frequencies again, after a long freeze.  Here are some examples of GWTCA’s advocacy on the issue:

Small cells are important in the implementation of smart transit, and government transit agencies have a significant amount of right of way that can properly be used for small cells.  However, GWTCA is concerned that the FCC is putting government in competition with its own businesses by mandating rates that prohibit government agencies from recovering ALL legitimate costs.  GWTCA opposes municipalities subsidizing carrier operations.  Here’s our Comments to the FCC:

GWTCA, in conjunction with the City of New Orleans and multiple state Municipal Leagues, submits a Petition For Reconsideration of the FCC’s Small Cell Deployment Order

GWTCA Petition For Reconsideration in FCC Docket No. 17-79

GWTCA On The Wireless Workforce

Education of the wireless workforce is a significant area of interest of GWTCA.  We want to ensure that the next generation of workers is able to implement new technologies at the highest levels.  Further, the implementation of technologies such as 5G will require many additional workers that must receive training before work can begin.  Thus, in addition to the dozens of educational appearances which GWTCA engages in every year, GWTCA is working with Capitol Technology University to support the creation of a wireless education program, which will eventually include undergraduate, graduate and certificate programs.

Tower Owners – Are You Missing Opportunities?

Thank You To Our Collaborative Organizations